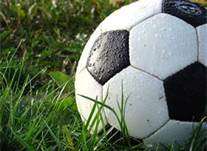 Jeff Luce scored a hat trick and Marcus Tobin found the back of the net as well to lead the Red Raiders of Mechanicville to a 4-1 victory over Greenwich in Wasaren action on Tuesday.

In the first half Luce scored twice and Tobin added a score to give the Raiders a 3-0 advantage at halftime.  After the break  Mechanicville made it 4-0 when Luce finished off a nice long ball from Drew Murphy.

Raider keeper Tyler Kraszewski recorded 8 saves in the contest for the unbeaten Raider squad, while his counterpart Brendan Rodd saved 4 shots for Greenwich.