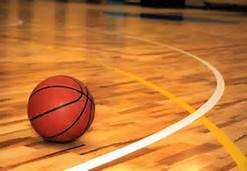 Greenwich built a working margin over the middle periods and hung on for the 52-49 victory over Bishop Gibbons on Wednesday night in Greenwich.

The Witches trailed 16-13 after the first 8:00, but outscored Gibbons 25-13 in quarters two and three on their way to the season opening “W”.

The Witches Molly Brophy led all scorers with a 20 point effort, while Emma Brophy added 10 points for Greenwich.

Here is the tentative schedule of basketball webcasts that Wasaren Sportsnet will broadcast this year.  Many thanks to Mechanicville and Hoosic Valley for allowing me to broadcast from their venues.

I’m looking for advertising help to make this happen.

In the fall for our football webcasts we’ve been so fortunate to have New Country Toyota of Clifton Park, The Connor’s Agency,  Wiley Brothers, Bonnier’s, Legends Barbershop, Great American Opportunities. The Community Nursery School, DeVito Salvadore Funeral Home, and Val’s advertise with us for years.  We’re now looking for a winter line-up of businesses for the basketball season. END_OF_DOCUMENT_TOKEN_TO_BE_REPLACED

A pair of Wasaren teams have started their respective basketball campaigns on a nice roll.  Both the Hoosic Valley girls and the Stillwater boys earned victories Tuesday night pushing their early season marks to 3-0.

The Waterford girls won on Tuesday as well, posting an overtime “W” in their season-opener. END_OF_DOCUMENT_TOKEN_TO_BE_REPLACED

Greenwich hosted Corinth Monday night in their season-opener and came away with a 47-40 victory over the Tomahawks in a close contest throughout.

John Walsh led the Witches with 14 points and Josh James added 10 points for Greenwich who led 13-11 at the quarter and 25-20 at the half, and rode that cushion to the nonleague “W”.

While most high school basketball teams await their season-opener the Warriors of Stillwater have come out of the blocks quickly, already owning a pair of wins the second coming Saturday night in a 61-50 decision over Galway.

On the same day Cambridge earns a state championship in football the high school basketball season got underway with a handful of girls and boys squads from the Wasaren taking the floor in nonleague runs.

Mechanicville 62  Watervliet 53:  Mechanicville eased out to a 36-25 halftime advantage and went on to post the comfortable victory over the Cannoneers of Watervliet.

Sammy Pasinella showed the way for the Red Raiders scoring a game-high 25 points and Jada Brown added 12 for Mechanicville who bottomed seven triples in the contest and converted on 9 of 13 from the foul line.

Madison Soroka and Sheila Caminiti both netted 12 points in the contest for V’liet.

Hoosic Valley 46  Cohoes 39:  The Indians broke on top with a 15-7 first quarter lead and rode that cushion to the “W” over Cohoes.

The signature Hoosic Valley defense did it’s job as well holding the Tigers to single digits in each of the first three periods.

Stillwater 55  Bishop Maginn 46:  The Warriors out scored the visitors from Maginn 36-23 after the break to notch the come-from-behind victory in the season opener for both teams.

As hard as it is to win a high school state championship it’s nearly impossible to claim back to back state crowns, something heading into championship weekend that had never been done by any Section II school. Until now.

The Cambridge Indians made just enough big plays on both sides of the ball to post a 26-14 victory over Maple Grove and claim their second straight Class D state football championship on Black Friday.   END_OF_DOCUMENT_TOKEN_TO_BE_REPLACED

Offensive Player of the Year

Defensive Player of the Year

END_OF_DOCUMENT_TOKEN_TO_BE_REPLACED

Tommy English and Colton Dean with two touchdowns each, led Cambridge to a 56-8 demolition of Millbrook Friday night in a Class D football state semifinal, sending the Indians back to the Dome where they’ll defend their 2016 title against Maple Grove in a rematch of last year’s state championship game where Cambridge prevailed in double overtime. END_OF_DOCUMENT_TOKEN_TO_BE_REPLACED

In a back and forth game throughout Allegany-Limestone’s  Alyssa Spring scored the deciding goal on a penalty kick with 12:33 left in the match, leading A-L to the Class C state soccer championship in Homer Sunday afternoon.

Stillwater jumped on top in this title match, when Kaelyn Peacock scored on a direct kick with 26:03 left in the first half giving the Warriors the 1-0 edge. END_OF_DOCUMENT_TOKEN_TO_BE_REPLACED