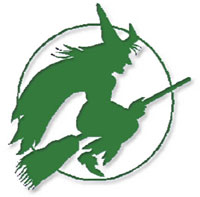 The Greenwich girls cross country team knows quite a bit about covering distance on their feet, but Friday and Saturday they put in some big mileage riding to and from Long Island for the New York State Cross Country Championships held at Sunken Meadows in Kings Park.

After the four hour trek Friday, the Witches put on their running shoes Saturday morning and did what they do best, cover a 5K course faster than all their competitors, to win the Class C state title with just 38 points.  Bronxville finished a distant second with 105 points.

Greenwich’s top five runners finished in the first 16 spots with all seven Witches finishing in the top 25.

Their 2018 state title adds one more championship to the historic cross country program.  The Witches have won 15 straight Section II crowns and have now earned their 7th state championship since 2006.

A four hour ride, a 20 minute championship run, and a return trip home with the hardware.  Just another weekend in early November, for the cross country girls of Greenwich.