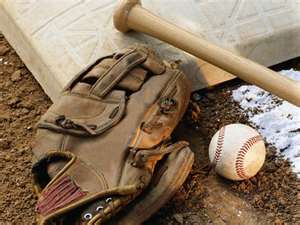 While most people, myself included, are reluctant to put away their snow shovels some local baseball and softball squads took to the diamond on a chilly but dry Monday for season-openers.

Hoosic Valley trailing 2-0 entering the final frame scored three times, highlighted by Wiegert’s two-run single, taking a 3-2 advantage to the bottom of the inning.  The Witches responded with a two out rally, John Walsh tying things on an RBI single, and after a pair of walks Christian O’Brien singled in the game-winner for the Greenwich “W”.

The Saints plated eight runs in the third frame, part of an 11 hit day for the Spa Catholic attack fueling the victory in the season-opener for both clubs.

Waterford plated five runs in the bottom of the fifth frame to post the “W” over the Warriors.

Spa Catholic scored seven times in the top of the second, more than enough run support for Alvord who limited the Panthers to a pair of singles in the contest.

Stillwater scored in four of the last five innings to earn the victory over the Fordians.